Returning from their summer vacation, the students of Class 3-E at the prestigious Kunugigaoka Middle School find themselves up against unbeatable odds. Faced with the possibility of world annihilation, the students must come up with increasingly elaborate and creative ways to kill their teacher, the cunning yet optimistic and helpful Koro-sensei.

However, eliminating Koro-sensei is not the only objective the students need to worry about. Gakuhou Asano, the academy’s merciless and cruel principal, seeks to prevent Class 3-E’s success by brainwashing his other hard-working pupils into ruthlessly competitive studying machines. Hostility begins to linger in the air as traitors and killers alike attempt to claim the bounty on Koro-sensei’s head for themselves.

Nagisa Shiota, one of Class 3-E’s most skilled assassins, finds himself in the middle of the conflict. While he works to maintain his academic standing and prevent the end of the world, domestic affairs jeopardize his place in Class 3-E. Together with his dedicated classmates, he must now face the threats head-on. 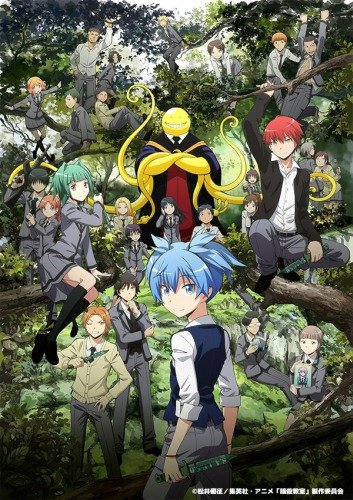