Urusei Yatsura All-Star Daishingeki!
As Ataru Moroboshi’s mother recalls, her relatively peaceful middle-class lifestyle ended about six months ago, when alien invaders known as the Oni appeared on Earth. Their leader, Mr. Invader, offered to spare the planet if a randomly selected human could defeat his daughter Lum in a game of tag. As luck would have it, the fate of the planet rested on the shoulders of the housewife’s troublesome son. In a turn of events, the challenge ended with young Ataru’s victory and with his royal opponent becoming an inadvertent addition to the Moroboshi household.

Ataru’s mother reflects on all the characters her son has been involved with friends and foes, both human and extraterrestrial and the stress their antics have caused her. Unsure whether to admire her son’s fortitude or consider him pathetic, Mother Morobashi can only muse if her family will ever experience peace and quiet again.

Shuugaku Ryokou!: Kunoichi yo Hashire
Kaede is a young ninja, or kunoichi, who doubts her current line of work. Her elderly and irate master, Yatsude, is intent on her remaining a ninja; and to make matters worse, Kaede has further infuriated her master by losing a confidential scroll in the woods.

Meanwhile, Ataru finds his school excursion to the ancient capital of Nara tedious. However, stumbling upon the scroll and gaining Kaede’s attention makes his field trip a little more interesting. 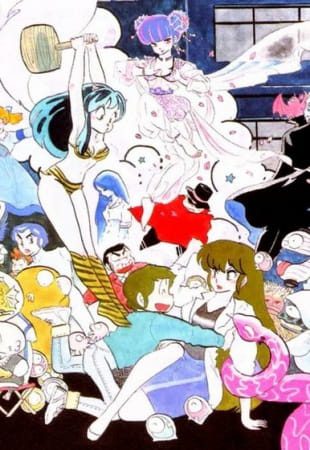