Sumikko Gurashi debuted in 2012 as slightly negative characters who like to stay in the corner of a room. The characters include “Shirokuma,” a polar bear who is sensitive to cold; “Penguin?” (with a question mark in its name), a penguin who is unsure if it is actually a penguin; “Tonkatsu,” a piece of pork cutlet that was left uneaten; “Neko,” a shy cat; and “Tokage,” who hides his nature as one of the last dinosaurs. 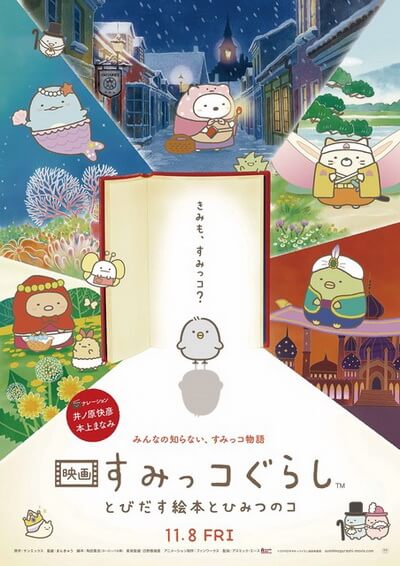