After many trials and tribulations, Iruma Suzuki is finally happily living among demons despite having to hide his true identity as a human. Even more so, he has now found his ambition in life: keep ranking up in this world!

However, that plan is halted when Iruma’s club is temporarily dismissed, and he is forced to be part of the student council, known for its strictness toward rowdy students. Its cold-hearted president is Amelie Azazel, Iruma’s friend. Although Iruma is not used to following their rigid schedule and many rules, he still wants to prove himself and help Amelie alongside all of the other members of the council.

But trouble arises when Amelie’s personality completely changes due to strange circumstances, putting the student council’s reputation in jeopardy. Will Iruma be able to save them and avoid having the whole school turn into pure chaos? 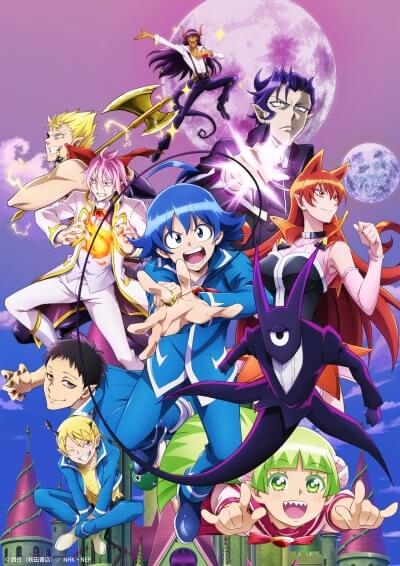