In this world, angels, demons, and other supernatural beings peacefully coexist with humans. Neil Bowman is a demon who is unlike most; he is mesmerized with human culture, and no matter how hard he tries, he can’t do anything evil. Thus, he runs away from Hell and up to Earth.

Neil moves in with his online friend and vampire, Ira Blood, along with Ira’s many roommates. Despite coming to Earth to meet humans, Neil discovers that not a single one of his new roommates is actually human. Along with Ira, there’s Lynn Angel, the stern angel landlord; Lynn’s little sister, Lily, who falls from Heaven; Abu, a mummy who never speaks; and Vladimir Eliot Kirilenko, a werewolf tasked with monitoring Neil.

What most of them don’t realize not even Neil himself is that Neil possesses the powers of the Demon King. What effect will this have on the residents of Apartment 1031 on All Saints Street? 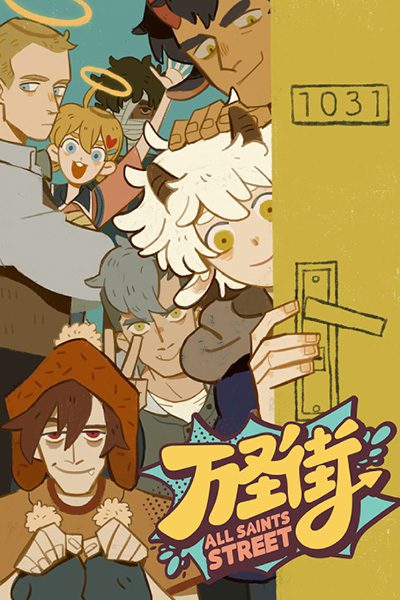