Veteran adventurer Nick, mage Tiana, cleric Zem, and half-dragon Curran each show up alone at a tavern, only to find themselves seated at the same table. As the night goes on, they take turns divulging their grievances and the hobbies they have taken up as a means of coping. While their stories are utterly different, there is one common thread: betrayal. Each of the four, having been bitterly betrayed by someone they treasured, has developed a deep-seated distrust of humanity.

But in addition to their similar worldviews, the four have one more commonality: a critical lack of funds. Realizing that things cannot continue as they are, they decide to form a party, rank up, and make as much money as possible to spend on their respective hobbies. What these disillusioned adventurers do not know, however, is that they will one day save the world from unfathomable peril. 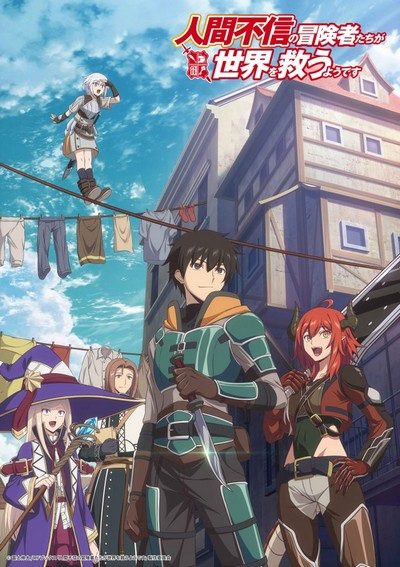