With a dignified veteran’s body and a long white beard, summoner mage Dunbalf was one of the strongest player characters in the virtual reality online multiplayer roleplaying game Ark Earth Online, even heralded as a one-man army. Together with the “Nine Wise Mages” and King Solomon, they formed the mage player Kingdom of Alcait. But one day, Dunbalf and the other Nine Wise Mages suddenly go missing, leaving no trace behind.

In an effort to spend his expiring credits, Dunbalf had purchased a cosmetic kit and tinkered with his character; however, he accidentally fell asleep during the customization process. Upon waking up, Dunbalf not only notices that the world of Ark Earth Online has become more realistic, but also discovers that he has turned into a cute girl! After reaching Alcait, he learns it has been 30 years since he supposedly disappeared.

Now tasked with finding the other missing mages by King Solomon, the avid role player proclaims his new identity as Mira the Pupil of the Wise Man Dunbalf and ventures forth to prove his legacy. 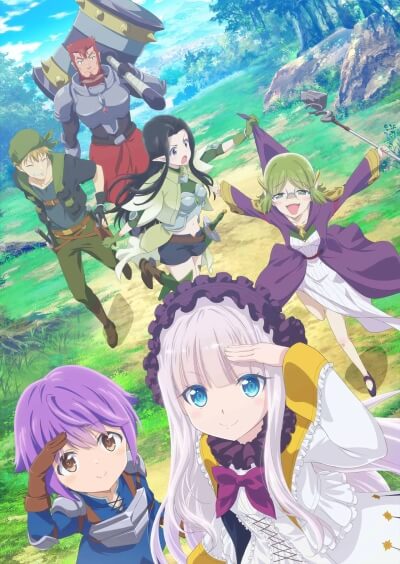