Yui “Cherry” Sakura expresses himself better through the haiku he writes and posts on the internet, even though no one gives it attention. While preparing for him and his family to relocate in August, he spends the summer working part-time at a welfare facility. Meanwhile, Yuki “Smile” Hoshino is a budding influencer who wants everyone to smile. However, she feels uneasy about the braces on her protruding front teeth and conceals her own smile using a disposable mask.

After an accidental encounter with Cherry, Smile finds herself becoming a part-time worker at the same facility as him. Soon, the two assist a senile man, Fujiyama, in searching an old vinyl record he owns. Unable to remember its last location, he wishes to listen to it once more before his memories fade for good. Cherry and Smile only have the record’s sleeve and the word “yamazakura” as clues, and their hunt in the hazy summer heat begins. 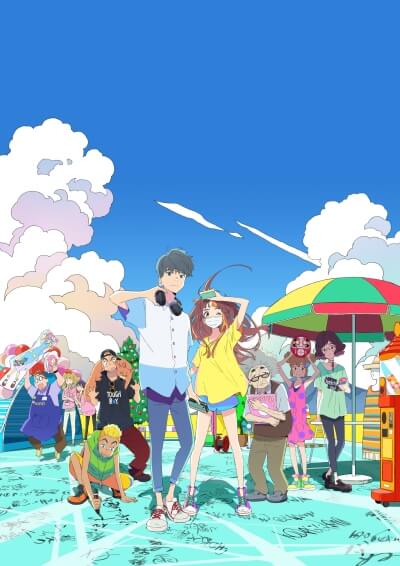