Under the doctrines of Quirk Doomsday Theory, the ideological group Humarise is convinced that all humans with quirks are diseased and must be eradicated. In order to rebuild the world, the group’s extremists have constructed a lethal device known as a “Trigger Bomb” that causes people with quirks to lose control and die. Their leader, Flect Turn, evades capture from the Pro Heroes deployed around the world.

During his work study in the country of Otheon with Japan’s number one Pro Hero, Izuku “Deku” Midoriya is accused of a crime he did not commit. Unintentionally involving Roddy Soul, a local, Deku soon finds himself on the run with the boy. It is now up to Rody, Deku, and Deku’s classmates to stop the Trigger Bomb plot set in motion by Flect, all while eluding the other persistent members of Humarise. 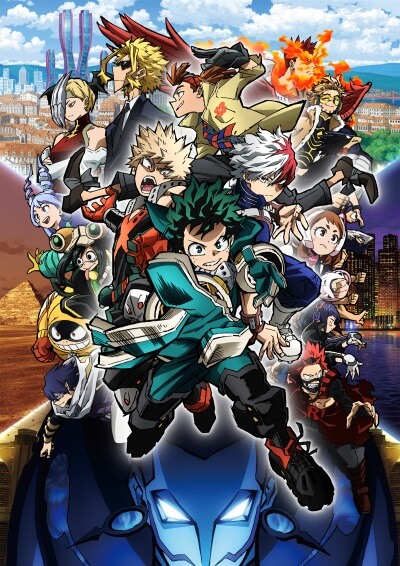