The innocent Nagomi Wahira has always admired the cute girls serving at maid cafes. Hoping to fulfill her dream of becoming one, she moves to Akihabara to work at the maid cafe Ton Tokoton.

Nagomi’s first day seems completely normal—until she has to run an “errand” at a rival maid cafe along with her fellow recruit, the mature Ranko Mannen. There, things quickly go south, and Nagomi soon gets her first taste of Akihabara’s violent maid wars. As she watches Ranko calmly battle her way through a horde of gun- and knife-wielding maids, Nagomi realizes that maid cafes are drastically unlike what she had envisioned.

While struggling to reconcile her expectations with the harsh reality she finds herself in, Nagomi searches for the enjoyment she once saw in the lives of maids. 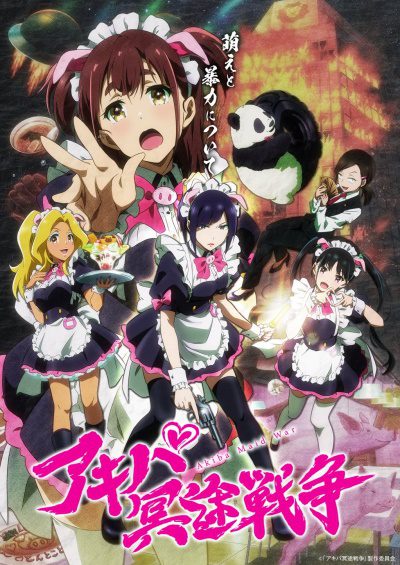