Taking place 30 years after the events of the original Youkai Watch TV series. There was once a 11 year old boy named Keita Amano who held a wristwatch that could command Youkai, he would make friends with the Youkai and fulfill a great many deeds. But when the boy grew up, he lost his ability to see Youkai. And as for the wristwatch that could control Youkai, its existence threatened to disturb the balance between human and Youkai worlds, so it was cast away into oblivion beyond time and space. Soon … the story of the Youkai controlling wristwatch became but a legend. But then, something took place after many, many years had passed … an epidemic Youkai virus known as Onimaro started affecting people with malevolent intentions and is spreading indefinitely, turning them into Kaodeka Oni and causing chaos throughout the city. With the end near, only the ones chosen by a new Youkai Watch can stand up against the upcoming threat and would save both Youkai and humans from certain destruction. 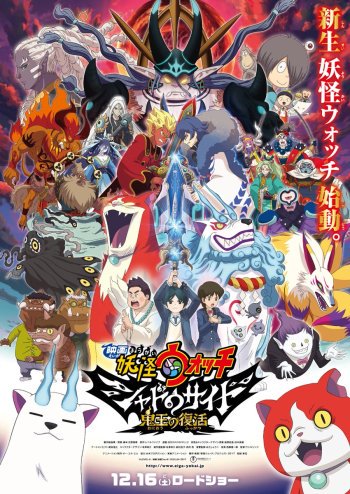