One day, Mitsuha falls off a cliff and is transported to a medieval Europe–type world! After a near-death encounter with a pack of wolves, she then realizes that she’s able to transport between two worlds this one and her own. Taking advantage of this ability, Mitsuha decides to live in both worlds and calculates that she’ll need 80,000 gold coins to be able to retire! Mitsuha now has to come up with different ways to collect her gold coins! 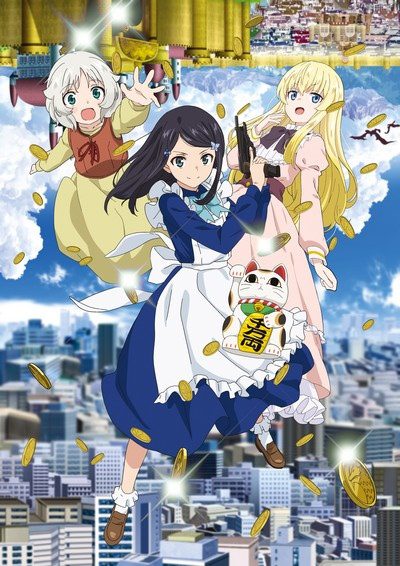