After experiencing the numerous trials encountered on her journey, Reina has grown as a warrior. Determined to take part in the Queen’s Blade tournament, she arrives at the capital city Gainos, where Queen Aldora awaits. There gathers a number of beautiful warriors who, like Reina, are there for the Queen’s Blade.

Amongst them is Reina’s sister, Claudette, determined to restore the glory of House Vance; Tomoe and Shizuka, who are both fighting for their homeland of Hinomoto; Nanael who has been ordered to participate by the Archangel; and the subordinates of the Marshland Witch.

All these beautiful fighters who gather in Gainos have been one objective, to win through the Queen’s Blade, the tournament to select the strongest, most beautiful queen. Who would ascend to that glorious throne? That can only be determined via battle. 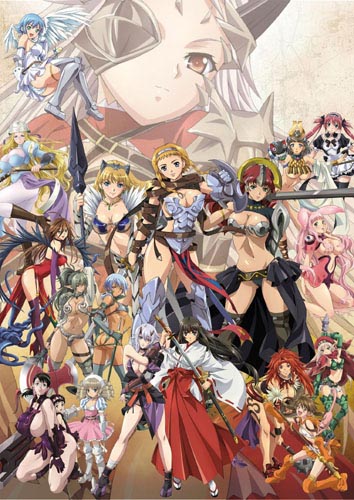