The character Akubi originates from the 1969 Hakushon Daimaou anime, where the Akubi-chan character appears as the daughter of the titular genie character Hakushon. This October marks the 50th anniversary of the franchise.

Meanwhile, Pandora is a “girl of wishes” from the Monster Strike smartphone game.

XFLAG and Tatsunoko Production describe the anime as “battle entertainment for girls.”

Along for the experience is a whole bunch of characters from other Tatsunoko properties including Gatchaman, Yatterman, Mach GoGoGo, Oraa Guzura Dado, Ippatsu Kanta-kun, and more. 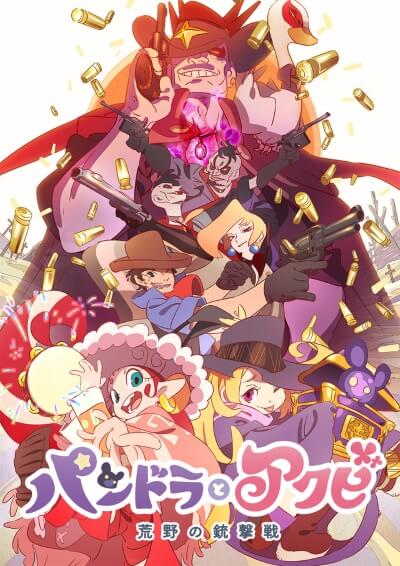