The story takes place in a time when the world is in the pits of despair after being ravaged by a poison called “shinobi” that came to earth via an asteroid. The people run away to the place called “Kairiku,” a place that used to be the bottom of the ocean. Here, the people try and protect themselves against the effects of the poison. In such a world, there was a single light of hope. The “Holy Weapon Giga Road” and the legendary warrior “Yagyuu” are needed in order to counter the effects of the poison. In order to save the world, Ame, a princess of a fallen nation, stands up in order to save the world. 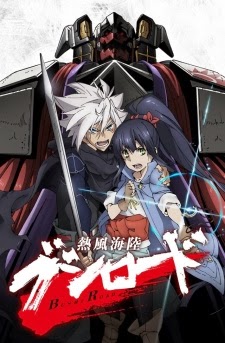