Uchi no Mama ni Kagitte
Upon returning home from school one day, Masamune Makabe is joyfully greeted by a young girl who he mistakes for his ever-cheerful mother. However, he quickly learns that she is actually his cousin Haruka! In fact, Haruka, his mother, and his Aunt Asae all happen to look strikingly similar to each other. Seizing the chance to reap the benefits of the situation, Masamune’s sister Chinatsu persuades the three to dress up and have some fun.

Tsunade Shima, Futatabi.
Aki Adagaki invites Neko Fujinomiya, Tae Futaba, and Kojuurou Shuri back to Tsunade Island for another round of summer leisure. Missing from the trip is Masamune, who had injured himself by walking into a pole. His absence happens to evoke mixed feelings amongst the group, even perhaps a sense of loneliness.

12-Ji o Sugita Shinderera
Yoshino Koiwai is given the day off after completing her work at Tsunade Island. With the help of her sister, she receives a complete makeover and is involuntarily led to enjoy the opportunity away from her arduous maid duties. Despite having the brief freedom to finally indulge herself, Yoshino realizes there is satisfaction through other colorful ways. 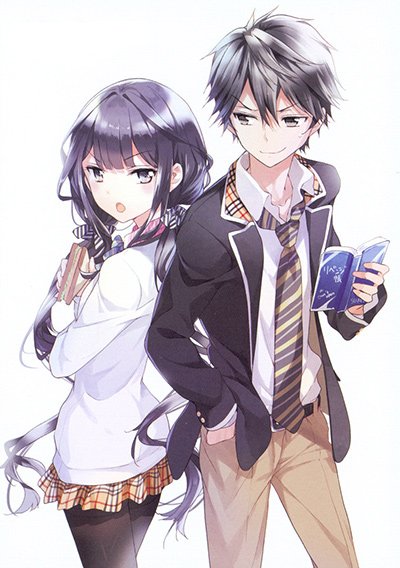