Corruption looms over the prosperous Russell City, where manifestations of negative emotions called Horrors cause chaos and mayhem. The Makai Order is the last bastion of hope against these unholy creatures. Using several small businesses as fronts, they deploy powerful Makai Knights and magical Makai Alchemists to combat the Horror threat.

Within this secretive order, the highest rank of Golden Knight has been bestowed upon a large, powerful man named Sword, granting him use of the Garo armor and blade. He alone knows of a plot that threatens the entire Makai Order, with his only hint being the phrase “El Dorado.” While fighting a Horror, he encounters Sophia “Sophie” Hennis, a teenage girl whose brother’s disappearance years ago is also linked to the same phrase. The two agree to work together to uncover the truth behind “El Dorado” and the disappearance of Sophie’s brother. 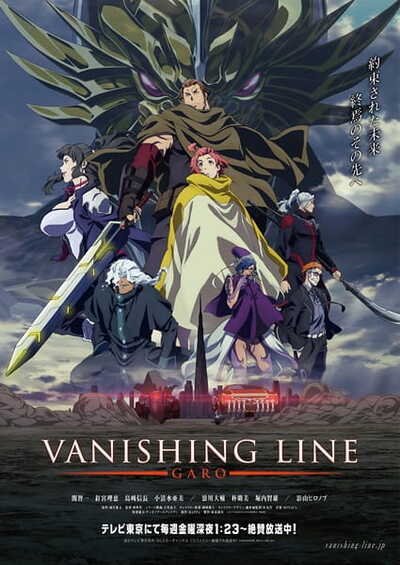