Kazuki Kurusu is a criminal contractor / coordinator who lives with his best friend, Rei Suwa, a professional assassin who has been raised from childhood to be a contract killer. Kazuki is outgoing and loves gambling and women, while Rei is a man of few words who spends his off time playing video games. One day, the two buddies end up caring for Miri Unasaka, a four year old girl whose father is a mafia boss, after Miri accidentally wanders into a firefight in a hotel while looking for her father. 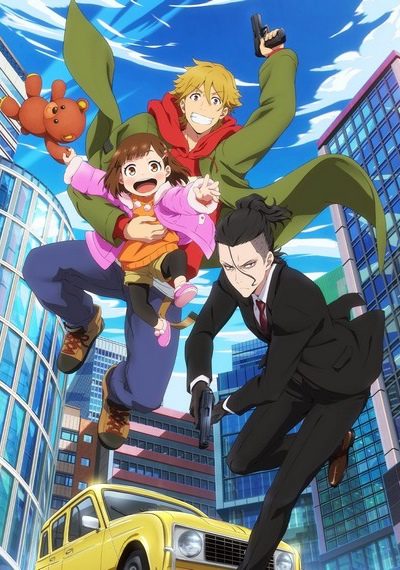