The newest series of the Beyblade saga is BeyWarriors Cyborg, warriors who resemble half-creatures and half-machines. Mysterious objects called “Beyraiderz” are found in the sanctuaries of Teslandia. The Cyborg Warriors transform the energy released from the sanctuaries into small objects called Tokens. Who will win more battles to collect the most amount of Tokens? The series set in a future sometime around 22nd century, where humanity has colonized the space. 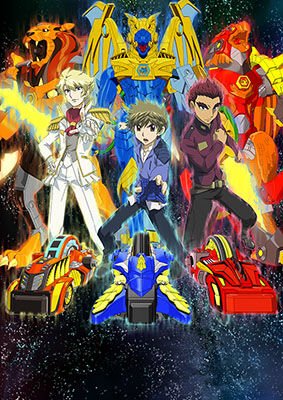