For centuries, the Iga and Kouga ninja clans have engaged in a bitter war. But when a ceasefire is ordered by the powerful warlord Ieyasu Tokugawa, the two clans are forced to put down their arms.

Years later, Gennosuke Kouga, heir of the Kouga clan, and Oboro Iga, heir of the Iga clan, have fallen in love. Through marriage, both heirs aim to bring peace to the clans. But their hopes are dashed when flames of rivalry between their clans are reignited, and they are dragged into another war.

Ieyasu’s two grandsons have both claimed to be the next heir to the shogunate. To resolve this dispute, both the Kouga and Iga are ordered to send their 10 best warriors to fight in a bloody battle royale, with each clan representing one of the potential shogunate heirs. Two scrolls with the names of the fighters are given and are to be marked in blood upon the given fighter’s death. The prize for winning is the favor of the Tokugawa shogunate for a thousand years. Torn between their love for each other and duty to their clans, Gennosuke and Oboro must ultimately decide the fate of their clans. 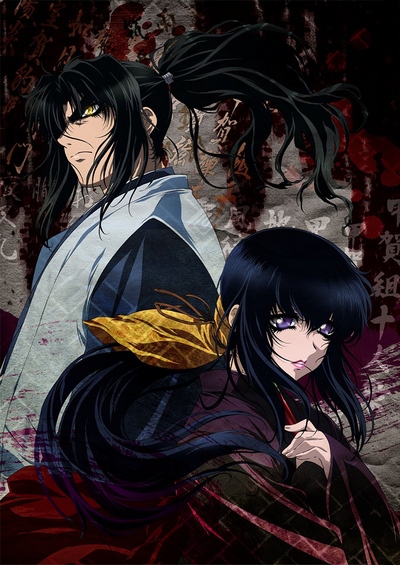