Earth faces a huge crisis. Aliens want to invade the planet. Humanity’s only hope rests with Ataru Moroboshi, who was chosen to represent Earth in a one-on-one duel with the aliens’ chosen warrior. There is only one problem with this plan. Ataru is a womanizing, stupid loser. How in the world can he hope to succeed?

Selected to fight for the aliens’ right to take over Earth is Lum, their curvaceous, bikini-clad princess. Luckily for Ataru, the duel takes the form of a game of tag. All he has to do to win is grab Lum’s horns. Not so luckily for him is the fact that she can fly and, being a normal human, he most definitely cannot. Just when it looks like Ataru is destined to fail, his girlfriend Shinobu makes him a promise: she will marry him if he can win.

The encouragement is enough to motivate Ataru to succeed. But just when it looks like Earth is saved, he faces another problem. Lum misinterprets something he said and thinks that they are now married! Urusei Yatsura follows the unlikely relationship between the lecherous Ataru, the beautiful alien Lum, and all of the strange people they meet along the way. 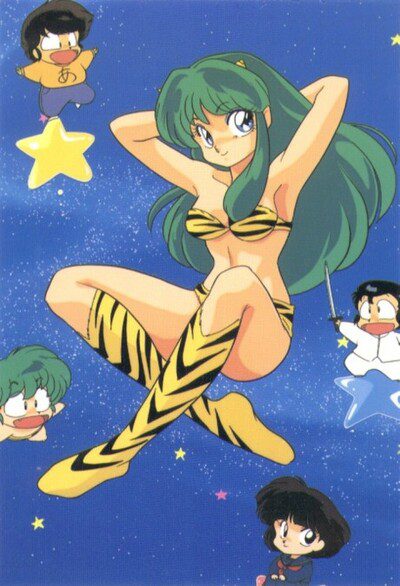