Held every summer, the national show “Selection Project” is the biggest gateway for girls who strive to be idols, and the place where the legendary idol Akari Amazawa was born. Suzune Miyama is also one who has longed for such a dream stage. Having been sick since childhood, she listened to the song of the light many times in her bed in the hospital room. Akari’s singing voice gave her a lot of smiles and courage, inspiring Suzune to follow in her footsteps.

In her last summer of junior high school, Suzune decides to challenge the 7th annual Selection Project to make her dream come true. The girls who challenge Selection all have strong feelings that are second to none, accumulated efforts, and extraordinary charm. Only nine stars are selected from among the thousands of candidates. Now, the hot and harsh “Audition Battle” of the
girls begins to make their dreams come true. 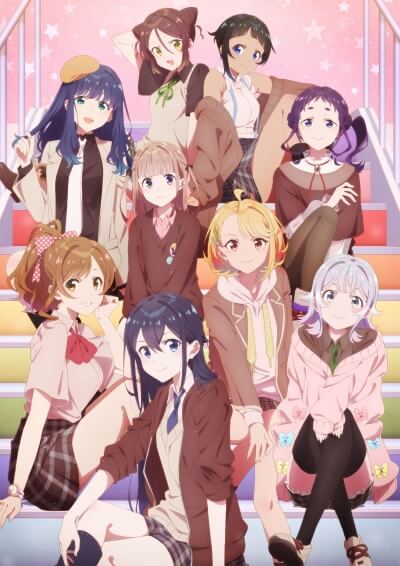