In a magical world where humans, demihumans, and oni are heavily at odds with each other, a princess named Saltorine “Sally” Aldike is on a journey to find a person named Mikoto Kibitsu. Traversing the world, Sally comes across many truths that she had been ignorant of due to her lineage including the knowledge that the oni possess power potent enough to wipe out humanity.

Seemingly blessed with a way to counter the oni’s might, Sally has a strange power that manifests itself as a sigil resembling a peach, giving her superhuman abilities capable of defeating powerful oni with ease. Even so, Sally refuses to discriminate between humans, demihumans, and oni as much as possible, believing that peace between the three factions could be attainable one day.

On the contrary, Mikoto who also has the same ability as Sally’s but with greater mastery has a different goal. Mikoto is out to kill and torment all oni in existence, stopping at nothing to fulfill this objective. As Sally and Mikoto continue to cross paths, the power they possess will spell the difference between amicable coexistence and utter annihilation. 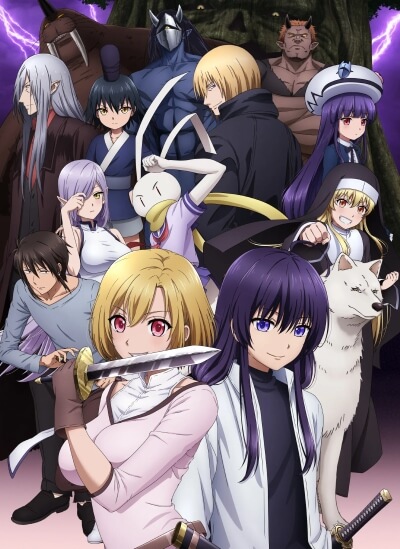