Surviving a vampire attack, meeting several girls plagued by supernatural entities, and just trying to get through life are some of the things high school student Koyomi Araragi has had to deal with lately. On top of all this, he wakes up one morning to find himself kidnapped and tied up by his girlfriend Hitagi Senjougahara. Having run afoul of Deishuu Kaiki, a swindler who conned Senjougahara’s family, she has taken it upon herself to imprison Araragi to keep him safe from the con man. But when Araragi gets a frantic message from his sister Karen, he learns that the fraud has set his sights on her.

Along with Karen’s troubles, his other sister, Tsukihi, is having issues of her own. And when two mysterious women who seem to know more than they should about Araragi and his special group of friends step into their lives, not even he could anticipate their true goals, nor the catastrophic truths soon to be revealed. 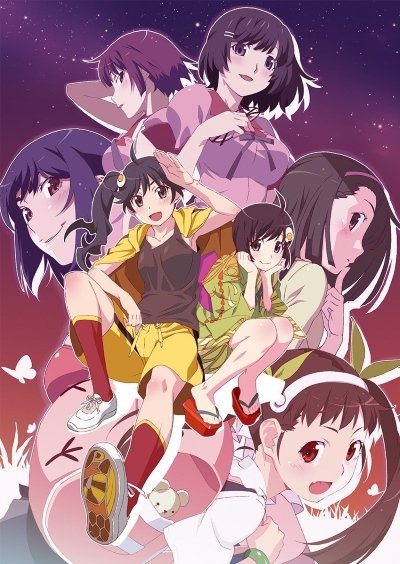