Golden Week Special episode of Monster Strike 2. “Change the world with music? Foolish.” Lucifer’s world stops after her band disbands. Meaningless days pass, until she meets her cousin, Satan, and his bandmate, Ibaraki Doji. They ask her to join their indie band, the “Wicked Pistols“. Satan talks about his dream of going major after winning the MONSTERS ROCK competition, only for Lucifer to reject him outright. However, Lucifer’s heart begins to thaw after a certain event… 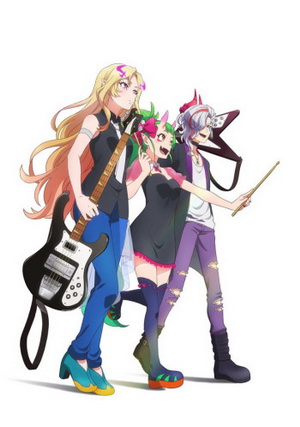