Word is out that the “Hemingway Papers”, the newly discovered last novel by the great author, tells the hiding place of a buried treasure on a desolate Mediterranean island. Lupin sneaks onto the island where, instead of treasure-hunting, he finds himself embroiled in a violent struggle for power. To Lupin’s surprise, his old buddies Jigen and Goemon are also in the fight for their own reasons. Marcus the Merchant of Death also lands on the island accompanied by Fujiko, Lupin’s greatest weakness, and followed by the police inspector, who is forever on Lupin’s tail. 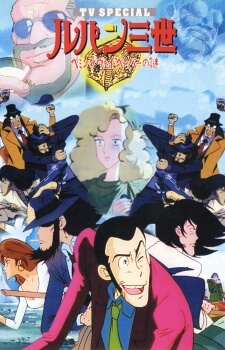