Eight hundred years ago, terrifying demons threatened mankind’s existence. On the brink of extinction, humans prayed to their gods, calling out for someone to save them. Emerging from these desperate pleas for salvation, battle deities known as the “Idaten” were born. Possessing unnatural strength and endurance, the Idaten managed to defeat the demons and an era of unprecedented peace was finally ushered in.

Having never encountered demons before, the present generation of Idaten knows nothing of the demon’s brutality, but they have instead only lived a peaceful existence. Training under Rin, the only remaining Idaten from 800 years ago, the new Idaten find ways to survive in a time where they have seemingly outlived their usefulness. However, when the tyrannical Zoble Empire resurrects a demon, the misfit crop of gods are called to the battlefield against their natural enemy once more. 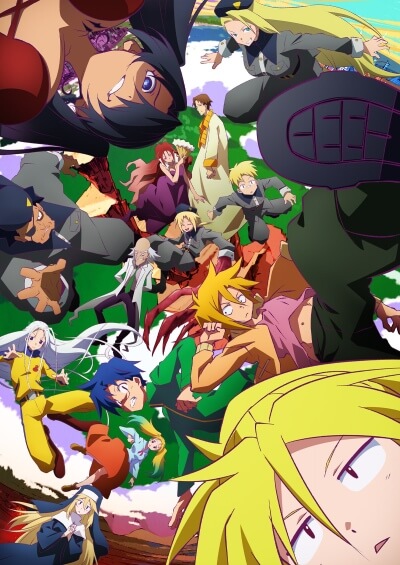