The story revolves around Tsubasa Sonokawa, a 15-year old high school girl who fell in love with her upperclassman when he saved her after she fainted at the train station from anemia. She thought it was a meeting of fate, and visited him at his class every day. However, he told her that her feelings were “heavy,” and he dumped her. She once again meets a boy after taking over her friend Yuri’s job as boy’s basketball team manager. She learns that she might have more of a connection with this boy named Aki than she first thought… 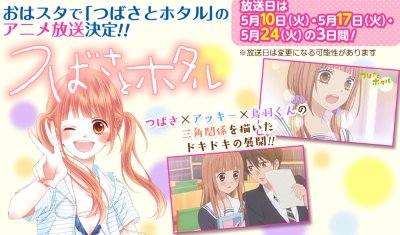