The heavens shake, the thunder rumbles, and Xie Lian appears with an apologetic smile again! Eight hundred years prior, he was a beloved martial god, known as the Crown Prince of Xianle. Now, he ascends to the heavenly realm for the third time, but simply as a pitiful scrap-collecting god with no followers behind him.

On his first mission, Xie Lian finds himself alone in the dark moonlit night. There, a gentle man dressed in red guides him through the forest. However, as abruptly as he appeared, the man suddenly dissipates into a swarm of silver butterflies.

Xie Lian later learns that this mysterious stranger was none other than Hua Cheng, the Crimson Rain Sought Flower, a Ghost King feared by both demons and gods alike. But before Xie Lian can figure out why Hua Cheng would help a Heavenly Official like himself, he meets San Lang. A young man possessing great knowledge on not only the Ghost King, but also the now forgotten Crown Prince, San Lang decides to accompany Xie Lian on his journey of unveiling the mysteries of the past. 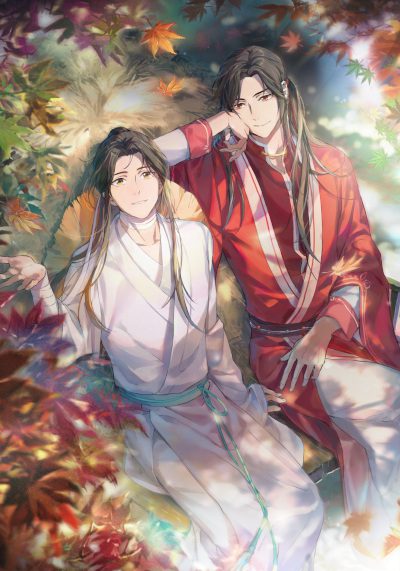