The 150-year-long stalemate between the two interstellar superpowers, the Galactic Empire and the Free Planets Alliance, comes to an end when a new generation of leaders arises: the idealistic military genius Reinhard von Lohengramm, and the FPA’s reserved historian, Yang Wenli.

While Reinhard climbs the ranks of the Empire with the aid of his childhood friend, Siegfried Kircheis, he must fight not only the war, but also the remnants of the crumbling Goldenbaum Dynasty in order to free his sister from the Kaiser and unify humanity under one genuine ruler. Meanwhile, on the other side of the galaxy, Yang—a strong supporter of democratic ideals—has to stand firm in his beliefs, despite the struggles of the FPA, and show his pupil, Julian Mintz, that autocracy is not the solution.

As ideologies clash amidst the war’s many casualties, the two strategic masterminds must ask themselves what the real reason behind their battle is. 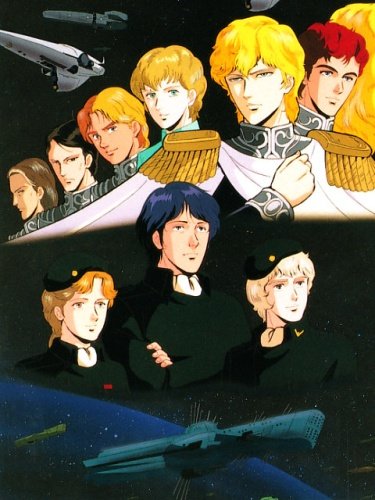