The band “given” comprised of Ritsuka Uenoyama, Mafuyu Satou, Haruki Nakayama, and Akihiko Kaji has advanced to the final screening of the Countdown-fes Amateur Contest, in which they will be judged on their live act. Although enthusiastic, they worry about having only one original song to perform.

Mafuyu embraces the idea of learning more about music in order to create new, emotionally resonant songs. In this regard, he unexpectedly receives help from Ugetsu Murata, Akihiko’s on-again, off-again lover. Ugetsu has unsuccessfully tried to let go of Akihiko, who himself is torn between lingering feelings for his past and an uncertain resolve for the future.

As the competition draws near, Haruki uncharacteristically begins to doubt his place in the band and the trust he shares with Akihiko. It is a given that not all attachments last forever, but it remains to be seen what can be salvaged from the ruins of heartbreak or if only regrets will endure. 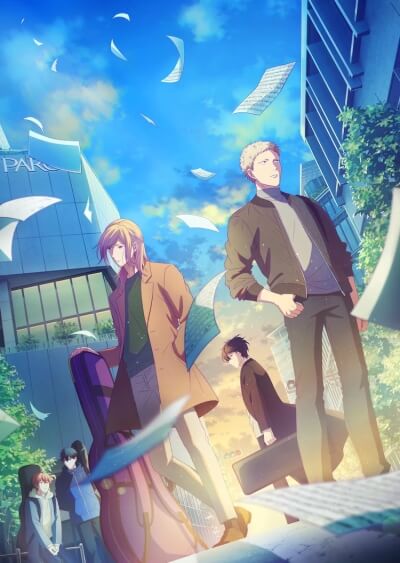