Life back on the cruise following the Island Special Examination is anything but smooth sailing. Almost immediately after their return, the first-year students of Tokyo Metropolitan Advanced Nurturing High School face yet another special exam, with both class and individual points on the line.

In addition to the complicated ruleset, more issues arise in the form of Kakeru Ryuuen and Kei Karuizawa. Angered by the previous test’s outcome, Ryuuen is dead set on outdoing every class in the new challenge using any means necessary. Meanwhile, Karuizawa, a crucial pillar of Class D, is close to crumbling under the pressure of her past.

The stage is now set for Kiyotaka Ayanokouji to once again using the full extent of his planning, foresight, and ruthless manipulation steer Class D to victory as dangerously close enemy forces try to bring it down. 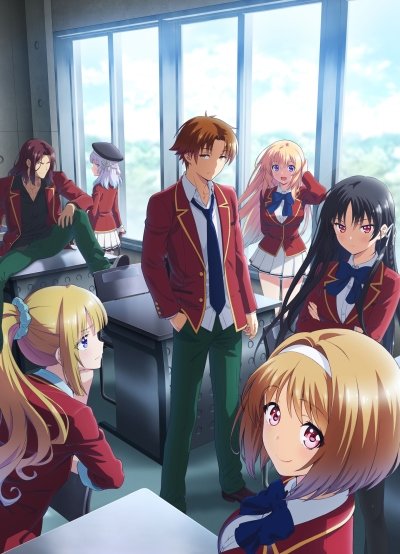