Once, the land of Togenkyo was a peaceful land, where humans and yokai lived together. Then, however, men appeared who tried to revive Gyumaoh, the Great Yokai who was slain by the war god Nataku Taishi and buried in Houtou Castle 500 years ago, by using a forbidden combination of chemistry and magic

The negative energy waves this created spread across Togenkyo, causing the yokai to go insane and attack humanity. To save the land, Kanzeon bosatsu orders Son Goku, Genjyo Sazno, Sha Gojyo, and Cho Hakkai to go west. The four set out on a journey to stop the experiment to revive Gyumaoh.

On the way, they meet Hazel Grouse, who employs strange magic that uses yokai souls to revive the dead, and his follower Gato. The two of them join the party. And Ukoku Sanzo, a man they have a long history with, approaches in the shadows…

Unforgettable characters, intense personal drama, and awesome action in a story about the bonds between four men! 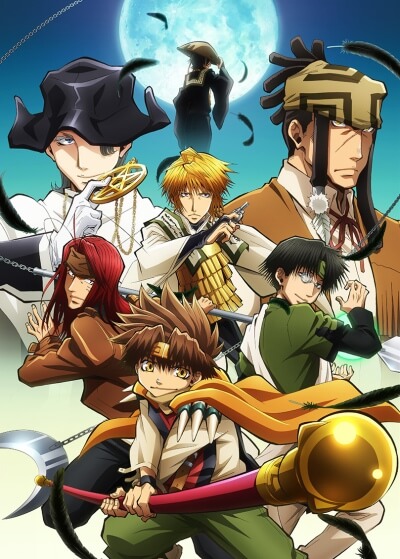