The new series continues the Pretty Series’ conceptual motifs of song, dance, and fashion, and it also adds the theme of magic. Middle school first year student Matsuri Hinoya loves festivals, and she dreams of one day being able to star in “PriMagi,” a magic like form of stage entertainment borne from song, dance and fashion. That day arrives when the hyper-spirited, trouble-making magician Myamu arrives from the magical realm and scouts Matsuri for PriMagi. Together, the two compete with rivals to rise to the top of PriMagi. 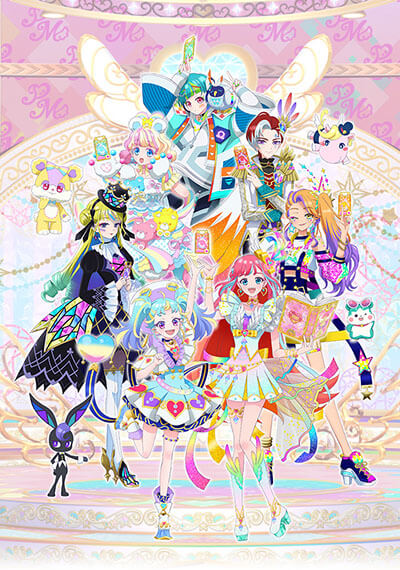