“In a shared room with my co-worker at the hotel?! Although I was warned not to do anything stupid, my eyes would inadvertently turn to her legs wrapped in pantyhose…”

Unbeknownst to him however, Douki-chan secretly has feelings for him. As Douki-chan struggles to confess her feelings, her rivals, both the kouhai and senpai, continue to vie for his affection. 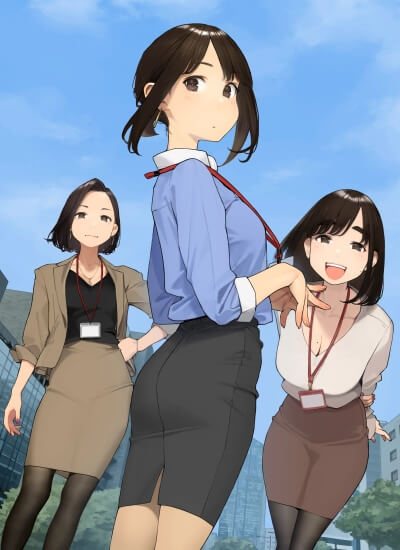