At the pinnacle of his gymnastics career, Joutarou Aragaki—nicknamed Samurai for his signature hairstyle—suffers a shoulder injury following his wife’s death. Five years later, he continues to push the limits of his body as a member of the Japanese gymnastics team. However, Joutarou’s strenuous training fails to show any progress. His coach, Noriyuki Amakusa, advises that he retires.

Together with his exuberant and supportive nine-year-old daughter, Rei, Joutarou takes a trip to Ego Wonderland to break the bitter news to her. However, their excursion ends in an odd encounter with a peculiar self-proclaimed ninja named Leonardo. He follows them home and interrupts Joutarou’s every attempt at telling his daughter.

Upon learning that Leonardo hopes to witness his gymnastics again, Joutarou astounds Japan with his announcement that he is not retiring. With fervent support from his family, friends, and Leonardo, Joutarou dedicates himself to the biggest challenge of his career and prove that the gymnastics world is right where he belongs. 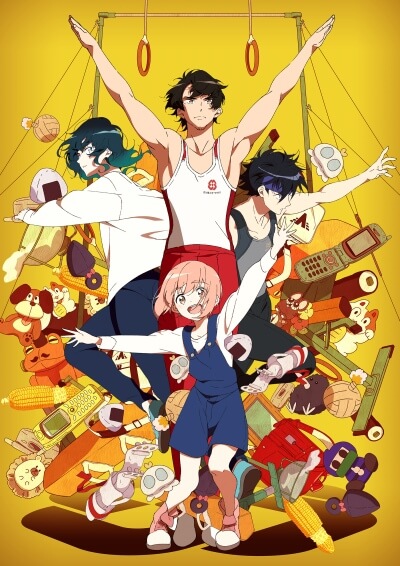