Half-demon twins Towa and Setsuna were always together, living happily in Feudal Japan. But their joyous days come to an end when a forest fire separates them and Towa is thrown through a portal to modern-day Japan. There, she is found by Souta Higurashi, who raises her as his daughter after Towa finds herself unable to return to her time.

Ten years later, 14-year-old Towa is a relatively well-adjusted student, despite the fact that she often gets into fights. However, unexpected trouble arrives on her doorstep in the form of three visitors from Feudal Japan; Moroha, a bounty hunter; Setsuna, a demon slayer and Towa’s long-lost twin sister; and Mistress Three-Eyes, a demon seeking a mystical object. Working together, the girls defeat their foe, but in the process, Towa discovers to her horror that Setsuna has no memory of her at all. Hanyou no Yashahime: Sengoku Otogizoushi follows the three girls as they endeavor to remedy Setsuna’s memory loss, as well as discover the truth about their linked destinies. 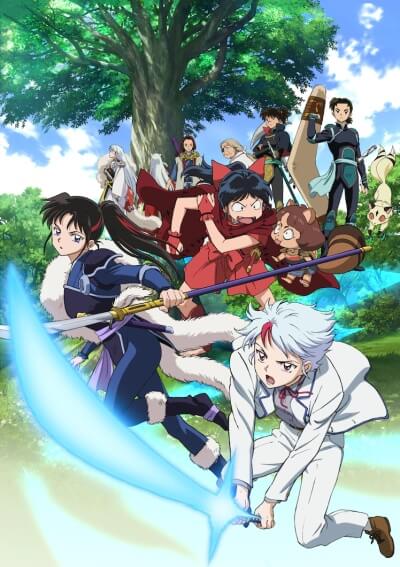