Despite the defeat of Quinella the pontifex of the Axiom Church things have not seemed to calm down yet. Upon contacting the real world, Kazuto “Kirito” Kirigaya finds out that the Ocean Turtle a mega-float controlled by Rath was raided. Due to a sudden short-circuit caused by the raiders, Kirito’s fluctlight is damaged, leaving him comatose. Feeling insecure about the people at the Axiom Church, Alice brings the unconscious Kirito back to their hometown Rulid Village, disregarding her banishment due to an unabsolved crime. Now, Alice is living an ordinary and peaceful life close by the village, wishing for Kirito to wake up.

However, tragedy strikes when Alice notices that the Dark Territory has already started to invade the Human Empire. Reassuming her previous alias, Alice Synthesis Thirty, she promises to defeat the Dark Territory in order to defend the world that Kirito and Eugeo worked so hard to protect. 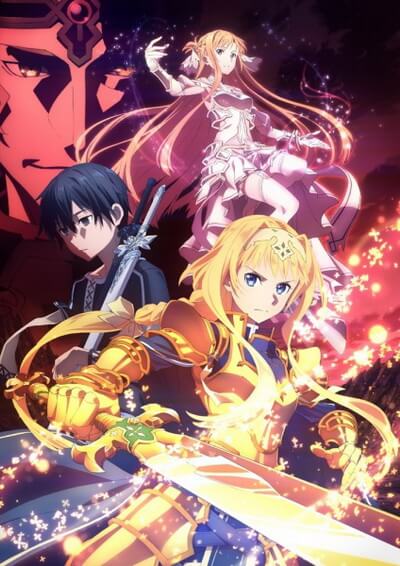