Kei Narutani and his childhood friend, Song Minghua, are Chinese refugees who are fleeing from the Zai, a mysterious organization that indiscriminately terrorizes their country and its people. Fortunately, during their escape to Japan, they are saved by a strange red aircraft.

Kei’s fascination with this aircraft leads him to meet his savior: a girl who is an “Anima”—the pilot of a unique type of airplane called a “Daughter.” The girl goes by Gripen, an adorable JAS-39F fighter aircraft. Kei develops a bond with Gripen and is then recruited by the Japan Self-Defense Force to help Gripen overcome her troubles with flying.

Later joined by Eagle, a carefree F-15J-ANM, and Phantom, a proud RF-4EJ-ANM, the squadron takes up arms, determined to protect humanity. Together, the five individuals battle against the invasive Zai, forming the last line of defense against the threatening alien force. 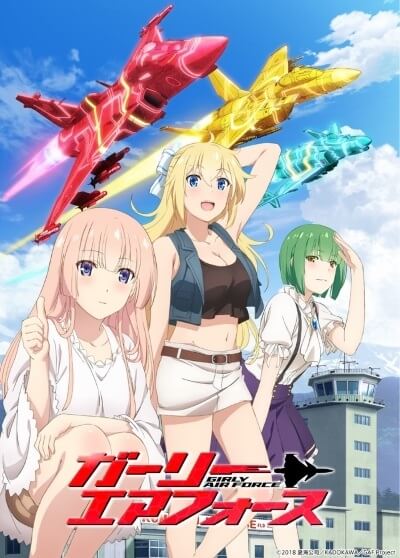