Persona 4 takes place in the same universe as Persona 3 in a rural town named Inaba. There have been mysterious murders occurring whenever there was fog after heavy rain. There were also rumors about a channel on television airing only at midnight called Mayonaka TV, during which it is said that one can see his/her “other half” when staring at the TV screen.

After hearing about a recent unsolved murder which occurred during the fog, the characters—the main character, Chie, and Yōsuke—discuss how each of them had attempted to watch the mysterious TV channel and witnessed the murder victim. The protagonist later realizes that during midnight when the channel is on, his body can phase into his television set as a gateway to enter another world infested with shadows.

After discovering this, they all decide to explore. When first completely entering the world, dazed and confused, the main character meets Teddie. Mayonaka TV and the town murders seem to have a connection. The murder victims may be merely victims of Mayonaka TV. Everyone decides that they will together try to solve the mysterious murders by exploring the hidden world of Mayonaka TV.

After the closing events of Persona 3 on January 31, 2010, Persona 4 starts April 11, 2011, Putting the start of Persona 4 fourteen months after the end of Persona 3, this is also evident by the appearance of an older Chihiro, who is now a 3rd year student. 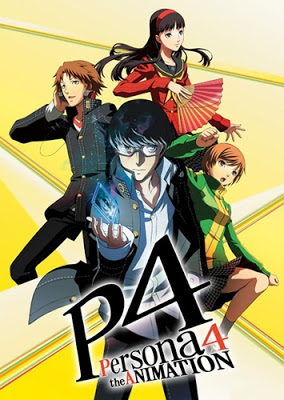