Figure skater Kensei Maeshima stopped his career when he heard those words from his rival Reo Shinozaki. Some years after, Maeshima, now a high schooler, uses his physical talent for to help other clubs with various activities, while never committing to any one thing. One day, he sees a press conference where Shinozaki announced that he was shifting from single skating to “skate-leading.” After that, he met a boy named Hayato Sasugai, who knew of Maeshima’s single skating career. With the words, “I need you,” Sasugai invites Maeshima to the world of skate-leading, or competitive team-based skating.

Skate-leading is a fictional figure-skating competition, in which each team of five skaters earns points for technical skills (such as unison formation) and artistry (such as composition and entertainment) from an automated camera-based system and nine judges. There are three positions on each team: the lead who is the point-getter with many combination jumps, the wings who are mainly responsible for twist lifts and similar elements, and the guards who perform with such elements as lifts and steps. 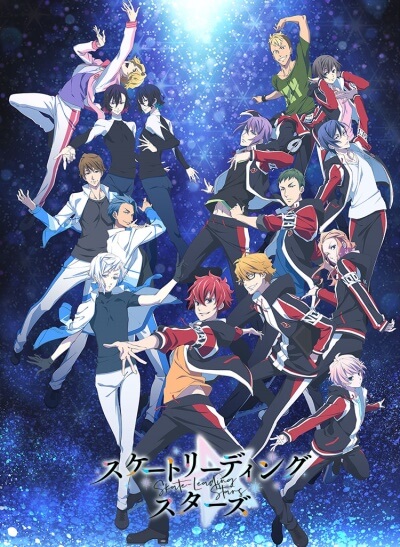