Lupin has a lively time of it this time in a classic car race from Madrid to Paris. The race prize is Napoleon’s dictionary, which contains the key to the Treasure of the Empire, something that just about everybody seems to be after. Lupin and his buddies take off after the prize, pursued not only by the perennial Inspector, but also by an army of secret agents from around the world. Classic cars and state-of-the-art weapons heighten the speed and thrills of this adventure. 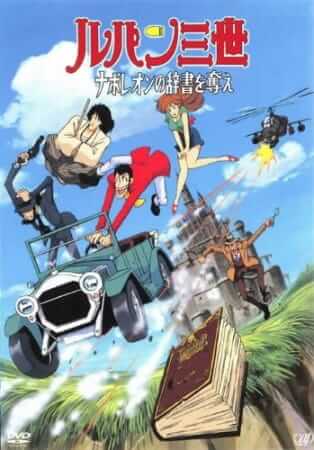