In spring, a mysterious student transfers to Magami Academy. His name is Hiyu Tatsuma. Then, he meets Horaiji Kyoichi of the kendo club, Daigo Yuya of the wresting club, Sakurai Komaki of the kyudo (Japanese archery) club, and Misato Aoki who is the student leader, as if they were attracted by something. Being influenced by Ryumyaku or Dragon Vein, which became active suddenly, they are awakened as “persons who posses powers“.

Since that day, monsters called “Oni” appear and begin to assault Tokyo. Also, those who use evil power to control Oni appear. To protect Tokyo from them, Tatsuma and his friend stand up to fight. Then, they have to face their destiny… 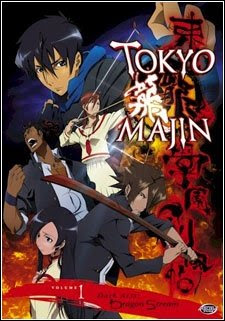