A team of scientists use the DNA of a rare Pokemon, Mew, to create the world’s strongest Pokemon, Mewtwo. Not wanting to be used as an experiment, Mewtwo uses its psychic powers in a violent rage to destroy the scientists who created it. Mewtwo then tries to learn how to focus his powers with the aid of Giovanni, the man who funded the scientists’ operations, but discovers that it is being used again.

So Mewtwo decides to find its own purpose in life, and carry out its revenge on humans by destroying life on earth by using a deadly storm. Ash Ketchum and a group of other Pokemon Trainers are summoned by Mewtwo to have a battle with it, but they soon discover that they’re only being invited so Mewtwo can clone their Pokemon for it’s own purposes. Ash then tries to find a way to stop Mewtwo’s plot before it can be carried out. 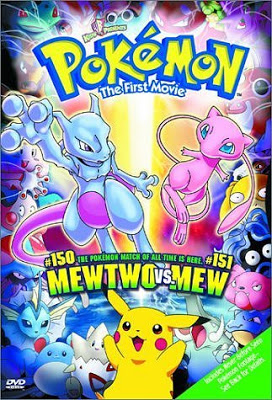